Friday, already?  What a crazy week!  I feel like it just flew by and, I really didn't do that much all week.  We have a busy weekend planned though... Beer and Blues tonight, Westlake's children sale in the morning, Couples Retreat, the movie, tomorrow night, and Cayden on Sunday then... It's off to Vegas....baby!  Wow, I cannot believe that on Tuesday, October 13th, I will be married 30 YEARS!  It's crazy really.  We are lucky.  I am lucky.  I knew it the minute I saw him... I would be lucky to be with him.  When I don't want to kill him, I actually really love him!!!  Funny, isn't it?  It should be.  I think we have laughed more than we cried... and I know we have laughed way more than we fought, we are good together that way.  On Tuesday it will also be their anniversary.... 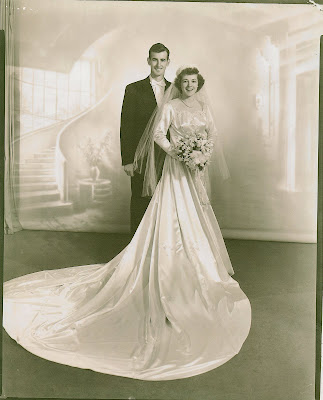 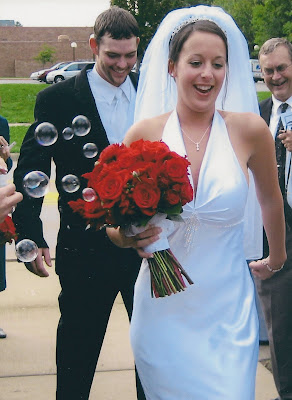 When Bridget and Cyle were picking dates and saw that the 13th was a Saturday, they just couldn't resist.  Then when we realized it had been another 28years, we thought - WOW- that's just meant to be!
Happy Anniversary to everyone!  Wishing many more years to the newlyweds!