Our weekend started off with a trip to Olive Garden for dinner
on Friday night, once everyone got here.
Always a fun place to take kids!

There was a man at the next table and all the kids
kept looking and asking each other, "Do you think its him?"
until Cayden just got up out of his seat, went right over and said
"Excuse me,  are you Santa"
We saw him shake his head yes, and he asked Cayden some questions!
What a treat to watch his little face looking up at this gentleman with a long
white beard.  Cayden came back to the table and said
"Yep, that's him alright!"
It was priceless...
wish I had taken a picture!
Bridget thanked "Santa" for making Cayden's day!

Molly sat by Mya to help "take care of her"!
Our Mya the cry-a is getting much better ~ 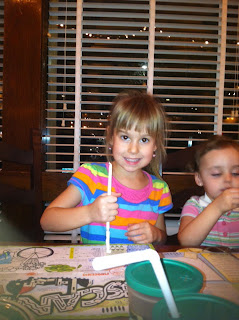 Her Mommy and Daddy got to actually enjoy
eating out at the adult end of the table! 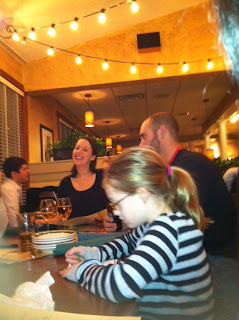 Saturday morning the kids tore into their packages! 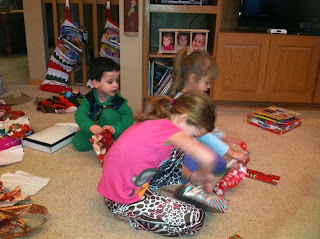 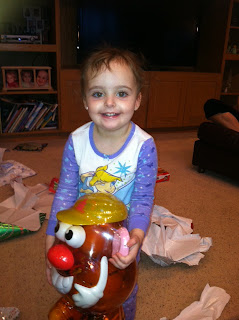 Sarah, Molly and Layla got many arts and craft
gifts this year.  Lots of coloring and painting going on here
and in Grand Junction!
We opened cousin gifts via Facetime with Layla and her cousins!
Mya really liked talking with Layla ~ they will
have so much fun together this summer when Layla
comes to visit! 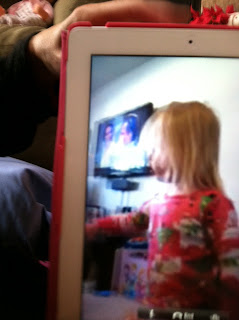 We sent Layla a microphone to sing and dance with and she
was just starting to get used to it... I expect videos of her singing
into it in no time at all!

Cayden had asked Santa for a Ninja sword, ninja clothes, a helicopter and a
crossbow.  Cayden told me Christmas day that Santa "forgot"
his ninja clothes.  Did I think they were at my house??
He opened all his gifts ... 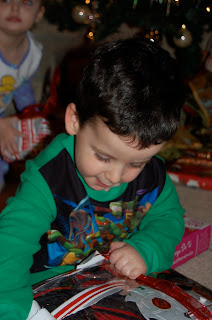 but the last one he opened 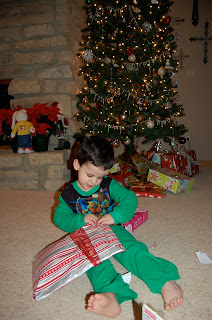 really made him happy!
"NINJA CLOTHES!" 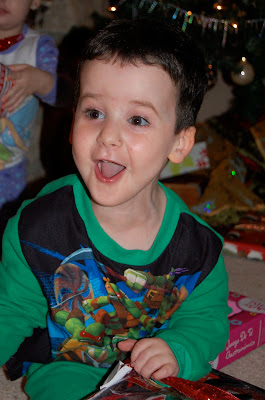 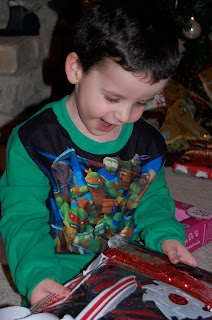 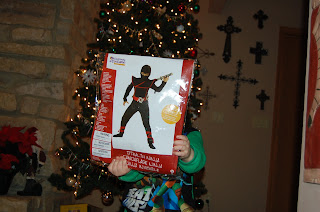 And then our warrior was OFF... 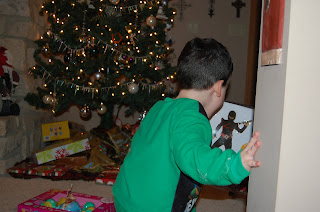 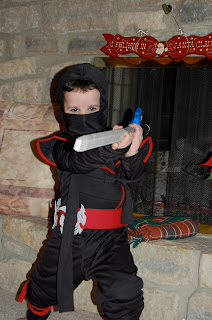 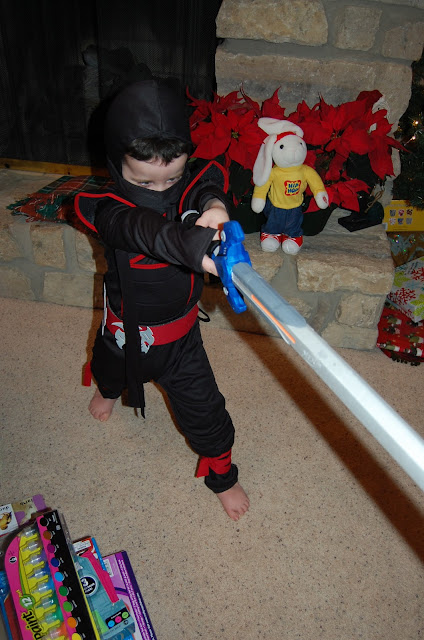 I, unfortunately got the flu... spent most of my time on the couch.
Kelley and Tegan sent Dave and I gifts too~
some cocktails glasses and cubes for Dave and a
beautiful ring, one that Kelley has too, for me.
So sweet! 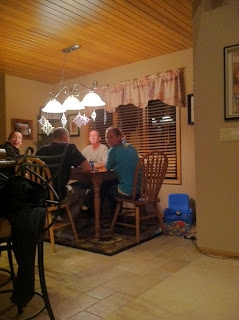 The kids had fun with Cayden's helicopter and Uncle Cyle~
They wanted him to land it on the fan blades...

Molly played on my phone... 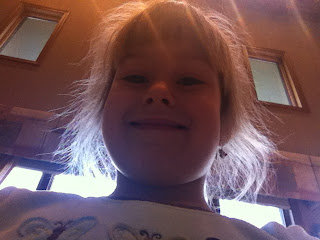 She even took some video...

Even though I couldn't smooch on my gems as much as
I would have like... I think it was a fun weekend together!

Ha... I was just finishing up my blog post when I got this video~


See... singing~ well maybe... the music and clapping it plays
must throw her for a loop!
Love her little face at the end!
I would say she likes this new microphone!