I was working on the Lesjak family slides-

Looking thru, taking them out  of carriages to put them into boxes, to have made into DVD's!  I snapped a few pics with my phone...  I will repost these pictures ones I have them on DVD- they aren't the clearest as I was taking them while they were projected on a wall!
Here's Dave and his little brother Mike.  I think Dave is about 5 as I remember hearing the stories of spending his kindergarten year in casts for
his Fibrous Dysplasia. 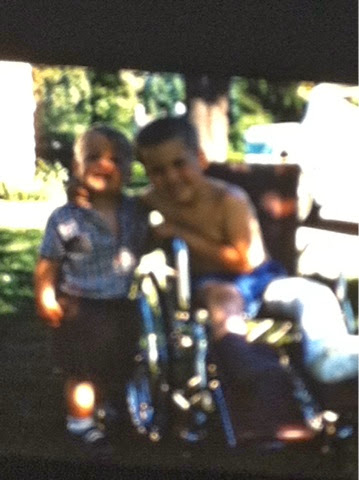 How precious he was... 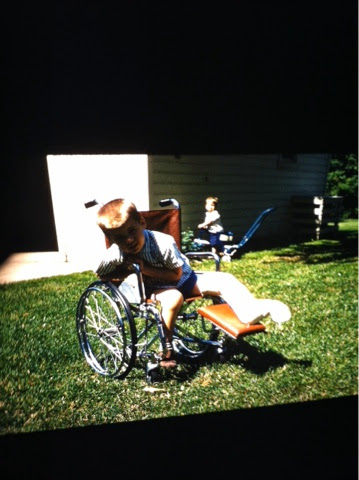 We showed Cayden Papa's "Forest Gump" brace when he was here last weekend.  Cayden was surprised to know Papa had to wear braces too. 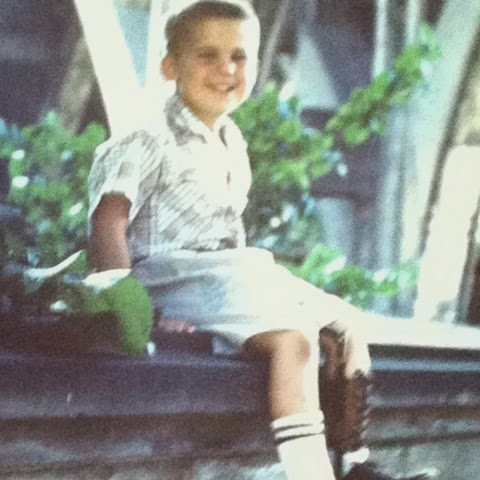 I remember Gertie telling me Dave was crying in this photo leaning against the car!  Poor baby - 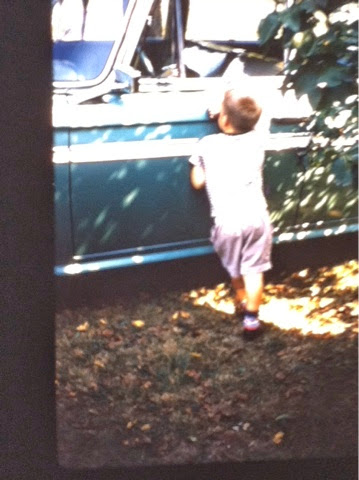 Dave and I purchased the home he grew up in 5 yrs after his parents sold it-  we got it 6 months before we were married.  Three of my four children were born when we lived there!  The basement had a bar which Dave's dad built back in the day!   This picture really explains how Dave got his start at having a goid time!!  Here he is serving his sister from behind the bar!! 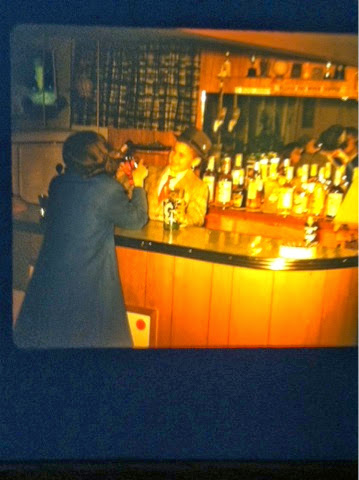 I can't wait to get the DVDs and give them to his family!  They will love having a copy of all their pictures on DVDs - what memories!
Posted by Diana Lesjak at 11:27 PM 1 comments