We called Mya's mommy SCOOTer/SCOOTIE because she did the same thing, only she went backwards! Now we have Mya... going forward!!
Posted by Diana Lesjak at 5:58 PM 3 comments

Dave's corporation had its annual charity golf outing last Thursday. This year, they choose a charity that is close to our hearts~ The OI Foundation. We even had a little someone at the outing representing for Osteogenisis Imperfecta... our Townsend Cayden! 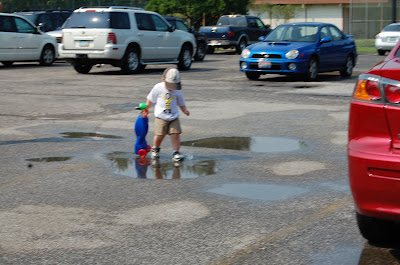 Bridget and Cyle brought Cayden into town so that he could be at the outing and accept the check for the foundation! Here, he and his mommy head to the driving range! 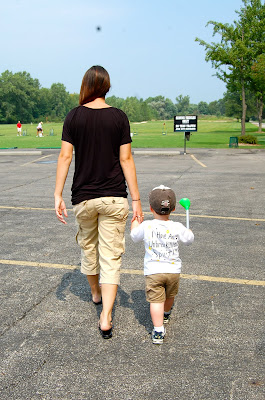 Cayden and his Papa practice on the practice putting greem! 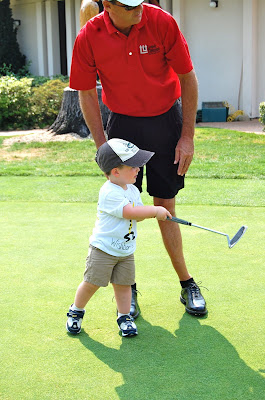 We may have a future golfer here! 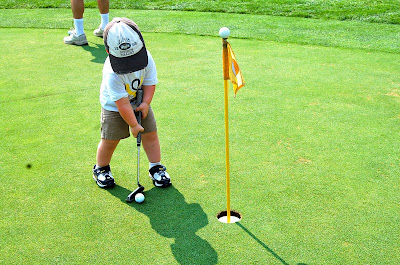 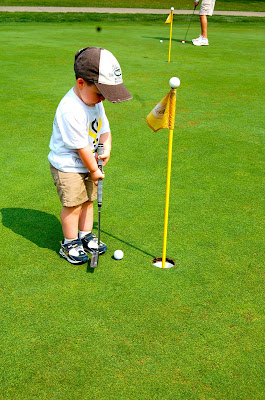 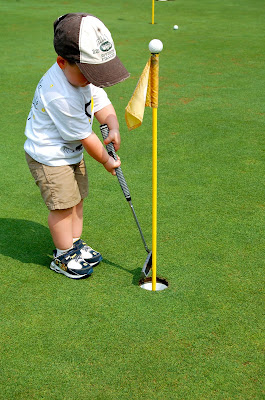 Cayden's daddy Cyle played in the tournament and his Mommy drove him around in a golf cart so they could follow Papa and Daddys' foursome! Cyle helps Cayden with his grip! 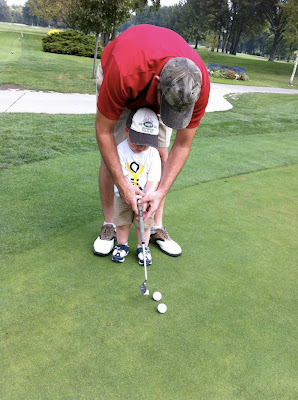 Cayden walked around shaking hands and saying "Thank you for playing golf today"! 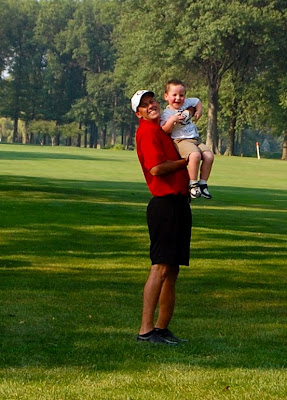 Papa loved having him there! 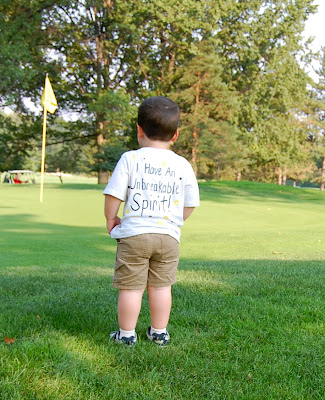 Aunt BB dropped Mya off for the dinner and award ceremony... she liked to sneak corn off Papa's plate! 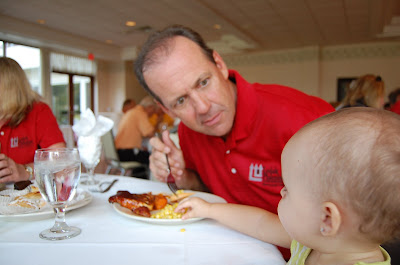 Cayden accepts a BIG check for the OI FOUNDATION. Cayden had a speech prepared. He said... 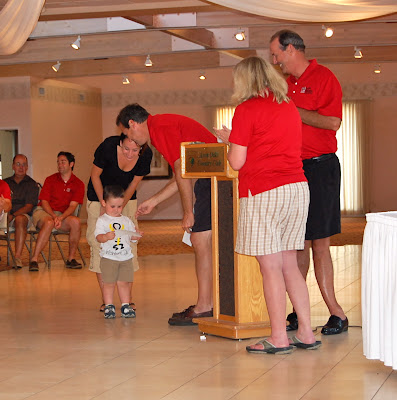 When he came back to the table, he said... "I was so nervous", loud enough for everyone to hear! Who knew he even knew what "nervous" meant!!! He cheered for all the winners when they were announced and would say, "good job ~ way to go"! He made everyone laugh! I just love this outgoing little guy!

There was a side "skins" game that players put money into for a chance to win said money. There was one "skin" and the payoff was $325.oo. The team that won it gave the money to Cayden and told him to go get a new toy for himself!! High fives all around for that one!! Dave has so many great clients and friends who participated in this fun event! Thank you to all who helped raise money for "Brittle Bones"! The check for $3,000.00 is on its way to the foundation!

Here is a video of Cayden on the first hole... Judd, the pro at Avon Oaks gave him a shirt, the smallest he had, and Cayden wore it proudly!! Check out his mad skills!! Cayden followed for two holes, went home for a nap, then woke up and told his Mom that he had to get back to his party! He got to ride along for the last two holes as well!

He was determined to get the ball in the hole, wasn't he?
Posted by Diana Lesjak at 12:15 AM 6 comments