Molly and I went to Danny's house on Saturday. We went to have a sleepover. Danny's mommy and daddy were going away over night and I offered to babysit since it was a extended family outing and everyone who watches them was going!! We had so much fun!
Danny showed Molly his blocks. 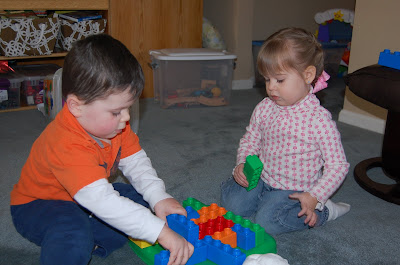 He helped her build something. He suggested where she should put her blocks! 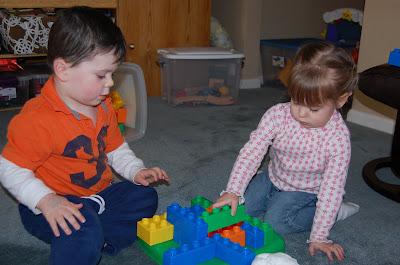 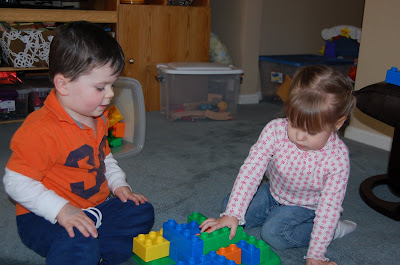 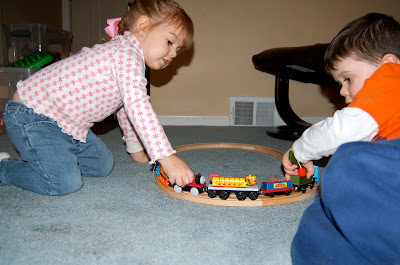 He said, "Follow me Molly, It's The Polar Express"! 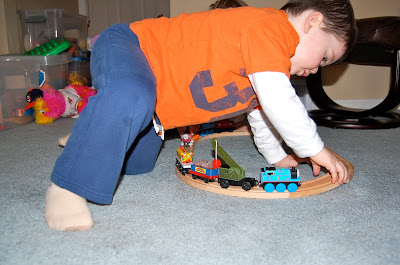 She said, "It is?" And she followed him. 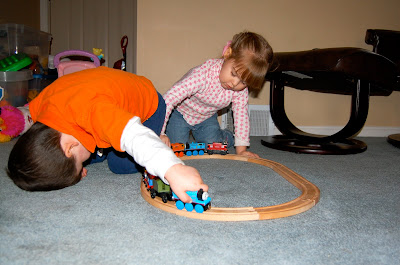 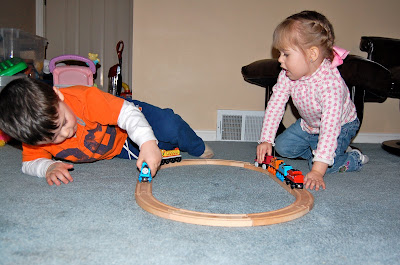 Bridget and Cayden came over with McDonalds for dinner. Cayden discovered Emily! 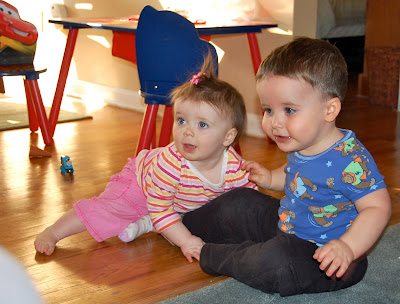 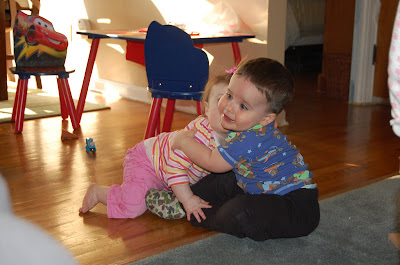 and she liked him too! 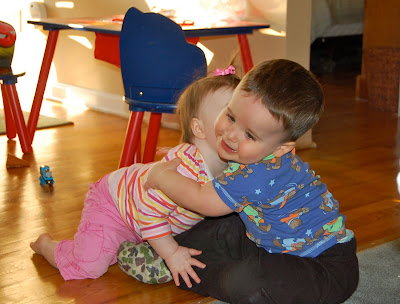 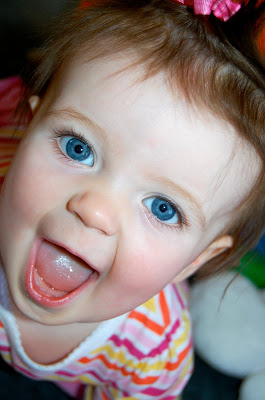 Cayden made her some dinner in the microwave! 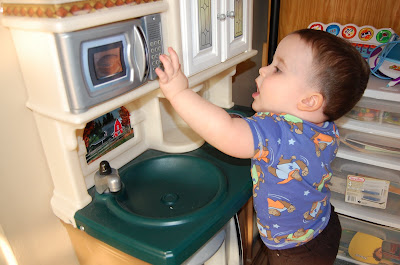 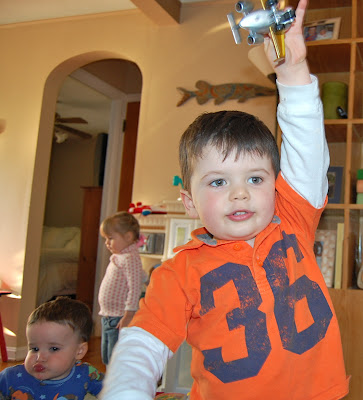 Then Cayden and Bridget left and the kids snuggled together to watch The Polar Express. 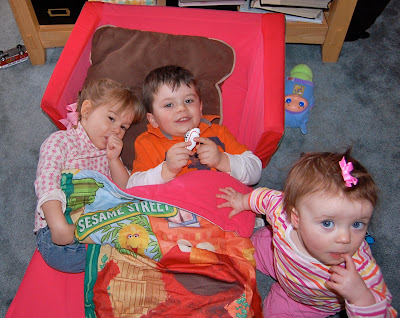 That was the real treat. Danny knows every line from the movie. He would jump up and announce... THIS IS THE POLAR EXPRESS! ALL ABOARD. My favorite part? When the ticket is flying out the window and Danny does a mad dash for the tv to try and catch it. I have never seen anything so funny!! Thanks to Erin and Conor for letting us stay there with the babies so they could sleep in their own beds. Everyone slept so well! I would do it again for them in a heart beat!!
In case your wondering....

Naw... we're not trying to arrange ANYTHING!!!