Wednesday at my house... their was a lot of coughing going on. Cayden had been to the Dr. on Tuesday... diagnosis: Croup. 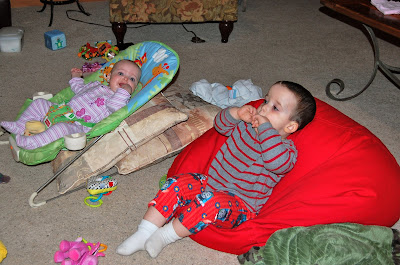 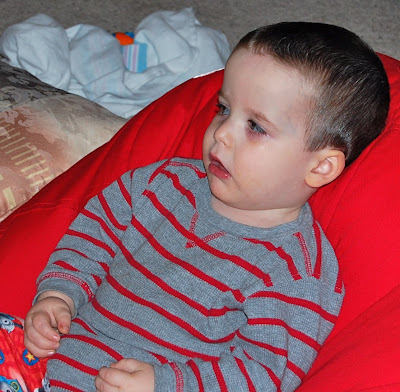 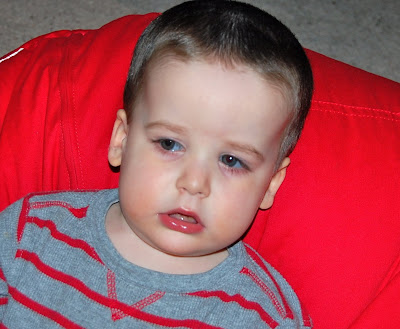 Bridget decided on Thursday to take him back to the doctors. She did not like how shallow he was breathing. From there, the doctor sent them to the hospital. After he was admitted, I ran Bridget a few things she would need for an overnight stay. Breathing treatments began~ he did not much care for this... 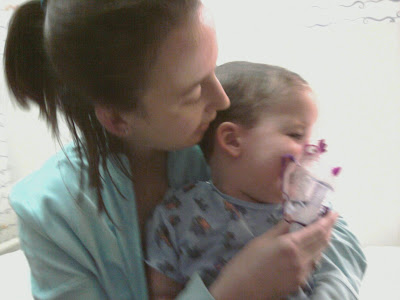 Even when his mommy and I sang Pirate Ship for him... he cried louder for us to stop! 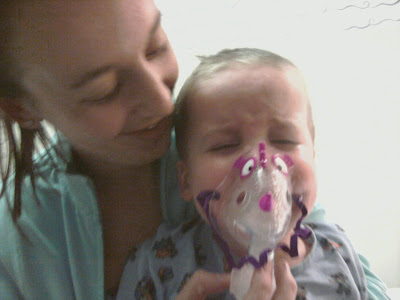 While at the hospital, they discovered he had RSV. He was one miserable little guy. Bridget had an awful night with Cayden just crying and crying. On Friday the doctor discharged him into Bridgets' care for home breathing treatments. On Saturday, Meme surprised him with a little train and tracks just like the ones at Meigs and at the hospital. Saturday afternoon found a happy Cayden~
Here is the two handed fist pump... the one where you say "OH YEAH!" Cayden loved the train set~ 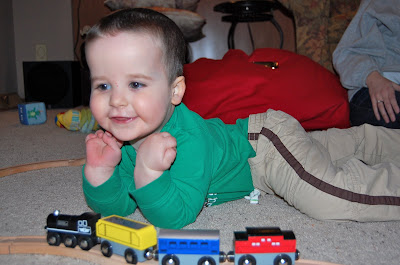 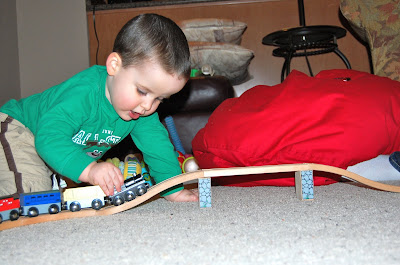 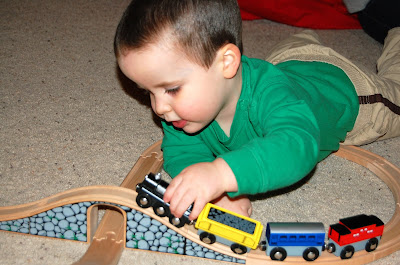 He laid and played trains between breathing treatments all afternoon. 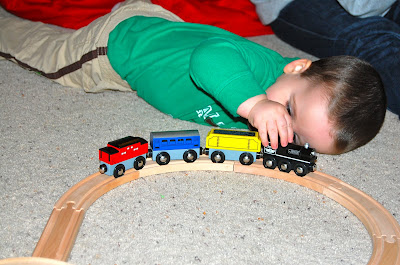 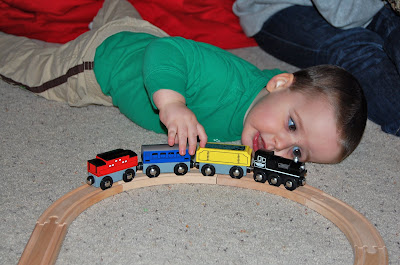 He looks better but not really. Saturday night the fever was back and he spent another night crying and burning up. Now she is wondering if he has an ear infection since he keeps saying they hurt. I am praying that Bridget gets some sleep tonight!