Cayden is the most excellent helper at Meme's house! 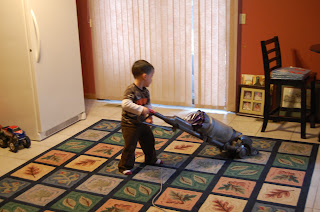 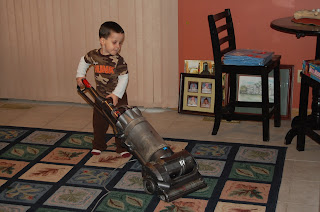 Once our work was done we head out to the barbers!
We saw our old friend David, who used to cut Danny and Tegan's hair
when they were little guys!
Cayden did a great job there too! 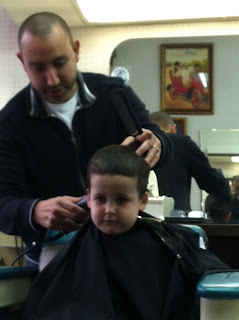 We went to Toys r Us for a treat!
Some Rescue Animals~
Cayden had to get in the tub to play with
all the ocean animals! 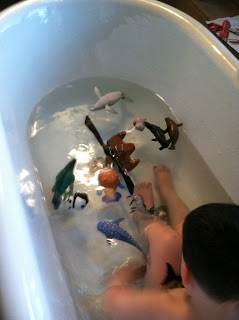 He may have played a little to long... 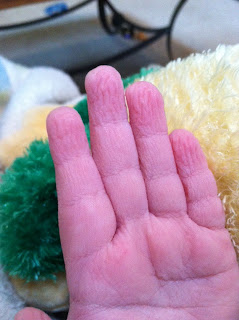 Time for helicopter rescue of the animals in the forrest! 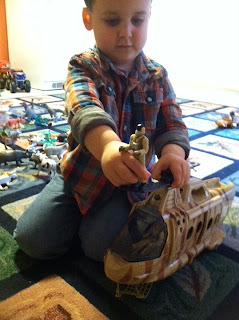 He was busy all day!

Halloween morning came and we were sad to learn
Trick or Treating was cancelled due to Sandy, the hurricane!
Hard to imagine it affecting us here in Ohio but we had
winds, rains for 6 days, and power outages which closed
schools!
No worries we would still have our company, Aunt Bebe, Uncle Donny, Sarah, Molly
and a few of their friends too for dinner!

But first, we needed breakfast...
Cayden sat at kitchen counter, which he has done countless times, and had
a good breakfast.  When he was done he pushed the stool away from the
counter which ended up tipping the whole stool over onto the tile floor!
I was on the other side of the counter and raced around to find him crying sitting
on the back rest of the stool.  His feet and legs were thankfully not under the
stool.  I scooped him up, assuring him he was ok and that is when
I saw the blood... lots of it!
After inspection, I found his toes had been cut from the metal leg or the bottom of the stool~
they must have been pinched between the floor and stool~ ugh
I got the bleeding to stop a bit and sent a picture to Mommy
who advised me to take him to ER~ she felt the fourth little piggy
needed some stitches and she was RIGHT!  She is an RN after all! 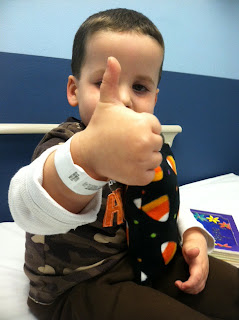 At Fairview Hospital Pediatric ER, Cayden was a big hit.  Bri used to work there
and everyone remembered Cayden as a baby and were so happy to see him but not his
boo boo!
Xrays were taken to make sure there were no fractures. 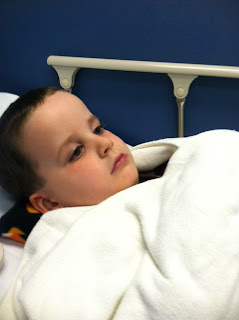 Little piggies were stitched up...
Won't share the before~
You can just imagine it! 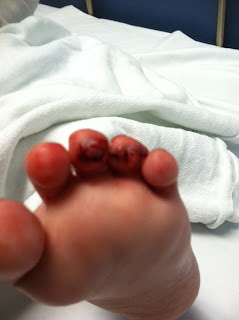 Cayden  cried and cried but once numb he kept
picking up his head to ask
"Are you putting thread in me?"
Afterwards, my buddy thanked the doctor, who stitched him, and the tech, who
wrapped him and even gave him a RED ace bandage, so it would go
with his Spiderman costume! 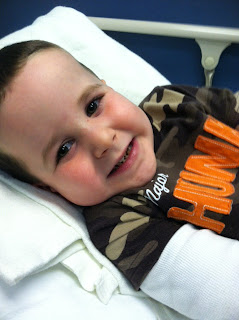 One tired little guy when we got home! 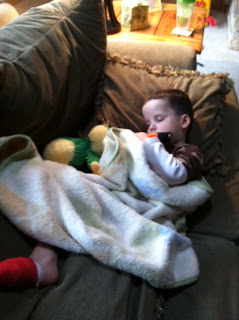 Happy when friends came for dinner! 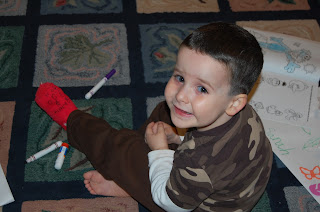 They all made him a sign,
it said
CAYDEN IS AWESOME!
and they all signed it! 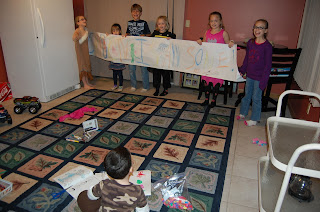 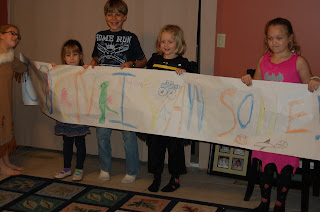 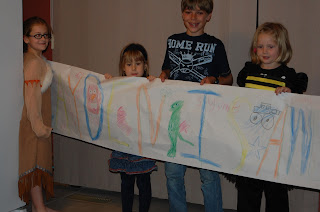 That was the sweetest thing! 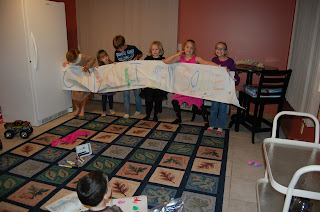 They will all be back here on Sunday for the rescheduled
Trick or Treating!

Thursday morning we headed to the podiatrist Dr. Polito, who had been
called from the ER, to have him check the wound and make
sure there was no infection! 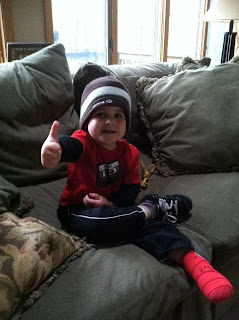 All was good and Cayden will see another Dr. on Tuesday when
he gets home!

We stopped at Meigan's to play with Emily a bit
and before we left, these two made like some indoor
snow angels! 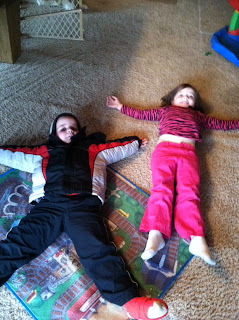 Once Mommy was done at work, we meet her halfway so we
could pick up Mya and Momma could get a good look at her brave boy! 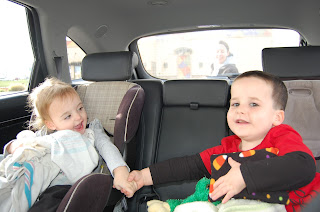 They were so happy to see each other after being apart for 4 days!
Mommy is headed to Chicago to meet up with some great college friends!
She got Cayden a fun dino drawing kit! 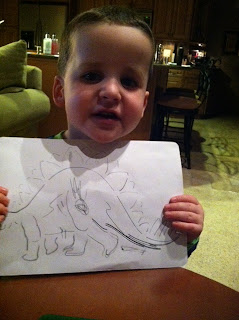 Kelley and Layla got dolled up as Ladybugs for
Halloween! 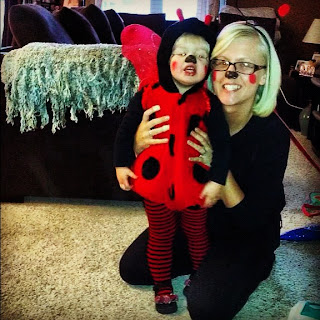 We will dress up tomorrow night-
We cannot wait!